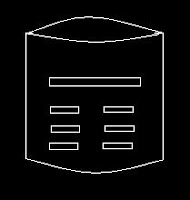 I hate funerals. I have always hated funerals. But this was the worst, I was speaking. I am standing in front of the room crowded with people. The dark surface of the coffin reflects my face as I look down at the black walls that conceal the shell of a man I had called friend. I look out over the people and open my mouth, but the words of the speech I had prepared are not the ones to come out.

“I had heard stories of the First Knights many times before, but none were as moving as when I took the oath and became a guardian myself. It is not just myth. When those who have been found worthy would gather with their teachers on the first night of instruction, the last of the First Knights would come and speak to them. We all know that the oath that Knights and Guardians have taken is to learn of hunger that none may ever starve, to learn of illness that none may die needlessly, to learn of war none may ever be oppressed by violence. The one who we call the Dark Knight was the last Knight that ever broke the oath. He was not the first.”

“I remember the night well. We gathered wood for a fire, and even constructed the makings of one in the center of a clearing. We worked most of the day without food or water, and then sat in a silent circle as the night fell. Our teachers spoke to us from time to time, reminding us to explore the feelings of hunger and thirst. This was the first exercise given to Guardians. These lessons made us strong in that they give us power over hardship. They made us weak in that they made us sensitive to our feelings and open to the suffering of others”.
“As we did this it got darker and darker. It was a moonless night. (All orientations are conducted on nights with no moon.) It became so dark that I could no longer see those sitting two feet away from me. Even in our slightly soiled white garments.”

“From somewhere well out of the circle came a man with a torch. He walked directly to the bonfire and lit it. Then he took his place in the circle with the rest of us. We sat in silence. Suddenly I made out the form of a man. He had just entered the circle, but even in the bright firelight I had trouble making out his size.”

“He moved very near the fire, more a shadow than a man. He wore the mantle of a Knight, even the dress sword at his side. But instead of being dressed in white like all the Knights I had ever seen, it was all in black. He began to speak.”

“I will not attempt to tell the tale as well as he did, or even relate that which we all know so well. But the way he told it left no doubt in our minds that he had witnessed the events first hand. And the sadness in his voice was not what I had expected of the most heroic figure in our history.” 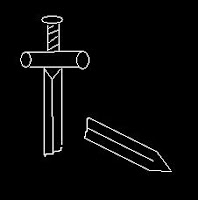 “In the beginning there was chaos, and out of the chaos rose the First Knights. They brought peace and prosperity to all who had their society. But after a time there came to be a disputation as to what the correct interpretation of the oath should be. The first dispute was settled by the majority of the great council, but not all the Knights were satisfied with this decision. One knight in particular spoke out in resistance of the councils teaching. Such a thing had never happened before.”

“Some knights took his boldness as bravery and others followed him by reputation, for he was by far the most skilled of all the Knights. His fame had brought him much respect among the more part of the younger Knights.“
“When the council saw what was happening, that one Knight had taken it upon himself to overrule them, they called him to answer these charges. They pleaded with him to change his ways, and tried to reason with him as to the outcome of his actions. But he would listen to no one.”

“He left the council and the Knights. He and his followers called themselves the Dark Knights. They began to set up a separate authority in the fringe most territories. When the populace objected, they enforced their will with might.”
“The Knights could not stand by and let this happen without contest. They came to the territory claimed by the Dark Knights and stood for the oath and rule of the land. But fighting those that had been their brothers was too much for many of them, and they let themselves be overcome in battle. Soon the Knights were all but extinct.”

“There was a young man named Koren. He had been a Knight and when his instructor and mentor, the man whom he had patterned his life after left the Knights and started his own authority, he followed. But when the Knights were no more and chaos again reined supreme, his heart was broken. He entered the tent of his teacher, and challenged him to battle. His teacher had been a good teacher and had taught his students well. But Koren had talent of his own which was greater than that of his teacher.”

“Koren began again to train Knights and Guardians. But he no longer would be called by his name, or by the title of Knight. He had given up right to his name by his crimes against society. And given up the title of Knight of his own free will. He was the darkest Knight of the Dark Knights. He was the only Knight living that had killed his brother Knights. He said that one, guilty of crimes such as he, was not worthy of any title.”

“The man in black told us that he was Koren, the last of the First Knights. He judged himself responsible for the deaths of his brothers. He found himself guilty of the severest crimes against humanity. He condemned himself and was living out his sentence. He denied himself the comforts of company and companionship. He impressed upon us the importance of keeping the oath. Guardians during their internships, or those wishing to become Knights, would take an oath to preserve peace and life. He admonished us never to break the oath while it was binding on us, then he went around the circle personally to administer it to us one by one.”

“He moved around the circle slowly and silently. Even with the fire burning brightly in the center, it was hard to see him. In his black robes and armor, he looked like a bit of night had broken off and come alive. He blended in so well that one did not see his approach until he was standing before you.”

“He held a tablet with the oath engraved on it between us in his upturned hands, I placed my hands palms down on top of it. He spoke the words of the oath. Many of the Guardians in service were in tears and did not take the oath of a Knight, but only renewed their oaths of Guardianships. I myself cried many tears that night. For the man whom gave the oath was the purest, brightest, whitest Knight of them all.”

As I speak these words tears flow down my face and my throat closes. I stare out at the crowd of people that had come to his funeral. Many are here that owe him their lives. I owed him much more than just my life, and it was too late to repay him. 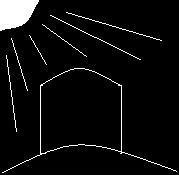