If I were the President - Guns 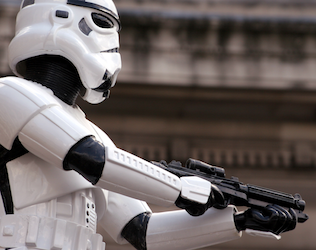 If I were president, I would have sworn an oath to "preserve, protect and defend the Constitution of the United States." In that constitution and its ammendments it states, "the right of the people to keep and bear arms shall not be infringed."
When you put these two things together you should have a President with a sworn obligation to protect and preserve the right of the people to keep and bear arms. Is there any question about what this means?
Well, in fact, there is.
So here is the principle:
The reason that the founders give in the second amendment for expounding the "right of the people to keep and bear arms" was that it is "necessary to the security of a free state" for them to do so. So if we want to maintain a free society, or state, then the people in that society need to hav the right to keep and bear arms.
I am not talking in a circle. But I am completing the circle.
What about that "Well regulated militia" thing?
Yes, it does say, "A well regulated militia being necessary to the security of a free state," but it does not go on to say, "the right of the militia to keep and bear arms..." it says the right of the PEOPLE.
Not the Army. Not the National Guard. Not the Police. Not private security firms. The people.
That is the principle. So in principle, people have the right to have guns.
So are you saying that there should be no restrictions on gun ownership?
Nope. I did not say that.
I think it is fairly reasonable to restrict some weapons. I don't have the need to keep and bear a nuclear missile. Keeping one would not enhance my freedom. And I think that we can probably be safe classifying some weapons as having no personal value.
But lets keep our eye on the ball. Bearing arms was not a right to hunt deer. It is a right to secure a free society. That means that people have weapons designed to shoot people. The burglar entering your house. The mob coming to lynch you or your neighbor. And the out of control government that is oppressing your community.
Did you catch that last one. The right to keep and bear arms is for the people to defend themselves from their greatest enemy, government.
So long as the government is not the only people that have guns, people are on equal footing person to person with those exercising the authority of the government.
This is an important right.
So everyone should be able to own a gun?
I didn't say that either.
It makes sense that some individuals and in some circumstances bearing arms is curtailed. Convicted criminals of violent crimes. People in treatment for some mental illnesses and so on, should have some restrictions that a legal justice system can impose.
But this should be held to a very high standard. Only an affermative danger to oneself or to others should allow us to restrict this right. Laws and policies that force people to prove they are not a threat are wrong and abusive. They tend toward the very oppression that destroys the free state that the right to bear arms is there to prevent.
Remember:
1. The founders had recently had to fight a war to win their freedom. They were acquainted with what it was like to have to defend themselves from an oppressive government. I am sure they were glad they were armed.
2. If guns are outlawed, only the outlaws will have guns. In spite of sounding like a bumpersticker it is also true.
3. Whenever the government feels it needs to limit the rights in the constitution and amendments it should be viewed with great suspicion and forced to constantly review and defend the position. Not the people defending why they need their rights.
Posted by Roy Hayward at 4:10 PM