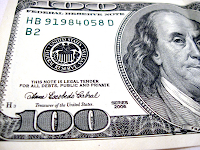 Regardless of the fact that Congress writes the tax laws. Presidential Candidates get asked what they would do about taxes. In reality the President can only do what Congress is willing to pass on taxes. Or he can veto the tax measures.

But if I were President or running for President I would make these observations about taxes.

Tax as a carrot or stick is bad policy.

The government uses tax policy to encourage or discourage types of behavior. There is a high tax on cigarettes to discourage people from smoking. (Or to take advantage of their addiction.) There is a tax break for being in debt with a home mortgage.

Thus the government wants you to quit smoking and take out a massive home loan. Why, well for some reason getting into debt makes bankers happy, and builder happy, etc. While getting lung cancer doesn't even make tabaco execs happy.

But this is just wrong. Taxes should never be used as a way to implement a social agenda. This is not the government playing Robin Hood. (If you check, Prince John was the government, not the man in tights.) When congress cuts taxes is the only time it is playing the hero, refunds are not.

Taxing Money as it moves is a good idea.

Use taxes also work. Licensing a car, hunting, fishing, building a home, opening a business and more are all things that the government can apply a regulation tax to as a legitimate way to earn revenue.

The most important reason that I like these methods of taxation is that they are avoidable. A person that earns no money, pays no tax. A person that raises their own food and makes their own clothing pays not tax on sales for these items. A person that doesn't hunt, fish, or drive pays none of these taxes.

And even if you have to buy food, you can buy cheaper food to pay less tax than your neighbor who buys some thick steaks. And this keep the government from going to far and trying to squeeze money out of people that don't have it. (Like Prince John in the afore mentioned tale.)

Taxes are a throttle on the economy.

This is a negative. Using the throttle definition of choking something. No matter what the government uses the tax money for, when they took it, they removed it from the economy. Even spending 100% of it back for good and services is a net loss to the economy, for the person that lost that money to the government takes an emotional hit and is less motivated to earn more.

So in an ideal system, the government would spread out the methods of taxation to be as small and wide as possible. Thus it will create the least amount of drag on the movement of the economy.

Flat tax is a good tax.

The progressive tax system has a major flaw in that it discourages and punishes hard work and success. If we replace the current system of all of the loop holes and forms, and just simply say, 10% of income goes to Uncle Sam, that would be 10% of what the business makes, then 10% of what each employee or share holder makes.

Everyone and every business is on a flat curve that allows them to get a benefit from what they earn and so the harder they work, the more they make. And this is how the economy grows.

But with our curent progressive system, this is not the case. People can quickly discover that they are working harder, but only making a few pennies more. Uncle same is taking more more of their money the more they make. And not a direct increase, but a teared one so that jumping from a 10% to a 20% bracket can actually make you take home less money.

Remember:
1. Taxes are a necessary evil that comes with Government. (Both necessary and evil.)
2. Taxes should only be used to fund the governments needs, not to be redistributed to those that did not earn it.
3. Taxes should never be used to encourage or discourage social behavior. We have churches for that.
Posted by Roy Hayward at 6:00 AM