When I was a around 9 years old, I read a book.  (I read lots of books actually.)  But there was one book in particular that I read that made an impression that keeps coming back to me.  I don't remember the title. I wish I did.  (If anyone reading does know, please tell me.)

The book was a about a young man in love with flying.  But the part of the book that keeps coming back is when a flying circus of WWI biplane pilots stops in his rural town to put on a show.  They enlist this boy in helping with the ground work, and advertise the show for free.

Free and Open to the public.  And of course people come to the field and watch.  It is free after all.  Half way through the show the planes land, and they offer people rides.  The rides are not free, and cost like a dollar a person.

A line formes as people line up to pay for the novel experience of riding in a biplane.

The young man in this story asks the fellow running the show why they don't just charge people for rides, but also for the show.  The man points up into the air as the planes are flying around and explains.  "It wouldn't take long for even dirt farmers to realize that they could see our air show just as well from their pastures and roof tops as they can from here.  And then they wouldn't be here for us to sell rides to."

When I hear about people wanting to tax internet usage.  I think about this lesson.

When I hear about new DVR technology to skip commercials.  I think about this lesson.

Its possible, that if you grew up in today's world you won't get it.  But people use to understand that if you want to sell something.  You need to get them to listen to the offer.  All the taxes and lawsuits in the world won't convince anyone to listen to an offer.
Posted by Roy Hayward at 9:01 AM No comments: 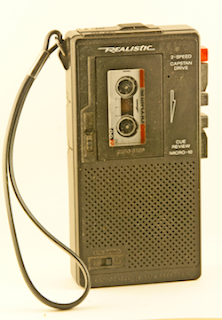 And didn't we do that already?
Posted by Roy Hayward at 8:41 AM No comments:

Democracy: Rumors of my Death are Greatly Exaggerated 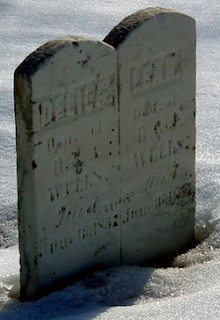 Yet again, the "Death of Democracy" has been reported.  If this is news to you, or if you were tending to agree, then this post is for you.  You need to undertand what democracy is, and how it is unlikely to ever die.  And finally, why its death would be really meaningless to most of us.

Here is a pertinent extract from wikipedia: "form of government in which all the citizens determine public policy, the laws and the actions of their state, requiring that all citizens (meeting certain qualifications) have an equal opportunity to express their opinion."

In this form of government, each law, ordinance, and expenditure would be taken to a public ballet.  There would be weekly or daily elections, where all of the legislative activity would be put to a vote, and the popular vote would make the decisions for the community, county, state, and nation.  When I was a child, we made decisions like this all of the time.  My circle of friends, (we would actually be in a rough circle), and we would use the raise of hands to make a choice of whether to go do something like hunt frogs, or hang out around the arcade.

This is democracy, we all have a vote.  We all participate in make a decision.  And people that are too lazy to think about the issues, follow someone else and add their voice to theirs.

Will Democracy ever Die?

It is impossible for democracy to die.  It is the basis for so many things that you just can't kill it.  And if you figured out how to do it, it would just pop back up in a new form.  Its a concept, not a life form.

Why the "Death of Democracy" would mean very little.

For most of us reading this blog, we are in America, or the USA.  And we don't have democracy as our form of government.

Don't believe me?  Well, when is the last time that you got to vote on the tax laws?  Or traffic laws?  Or any laws at the federal level?

How about state laws?  (There are some ballot initiatives at state and local levels.)  People vote for representatives that then vote and create laws.  This is known as a republic, not democracy.  It is a form of democracy in that the political power starts with people.  It is not democracy because people only participate in a limited way.

In this way, if democracy were to die, the impact on us would be small to non-existence.

Declaring that "Democracy is Dead" because more people voted for something that you didn't like only shows that you didn't really understand what democracy was in the first place. 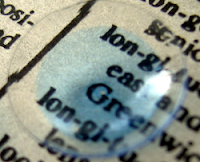 In the US we have these pesky things called "Rights."  Nobody really knows what they are anymore.  And even fewer people bother to read the documents that define them.  Especially those people that are charged with protecting them.  This seems to be true of people of all political parties.

But we can talk about that later.

Today, I want to talk about privacy for a second.  Believe it or not, we don't have a "Right to Privacy."  Not from each other and not from the Government.  Suprised?  Well, considering the state of our education system and journalism, that is not surprising.

What we do have is contained in the Fourth Amendment to the Constitution.  Here, let me quote it for you,

"The right of the people to be secure in their persons, houses, papers, and effects, against unreasonable searches and seizures, shall not be violated, and Warrants shall not be issued, but upon probable cause, supported by Oath or affirmation, and particularly describing the place to be searched, and the persons or things to be seized."

I am not going to dissect this for you.  It is really, very, plainly stated.  It is easy to understand.  There are some twisty laws and regulations and standards relating to things like "Plain Sight" and such where an officer of the law does not have to have a warrant when the crime/illegal property is in plain sight or out in the open.  But I don't even want to talk about that.

What I am talking about today is files stored in what we are now calling the cloud.  We have passed beyond the debate of people storing files on their computers.  And beyond point to point sharing and access of files on personal computers.  When it comes down to it.  These have physical locations that are most of the time either on a person, or reside in homes or other structures.

But what about a file in the cloud?  As more people are using tools like Google Docs and now Google Drive to store and share files for collaborative work, we need to ask, "Who owns them?" This is a fundamental question to who has expectations of privacy, and whether they are "In Plain Sight" or if they require probable cause to be searched.

I say searched on purpose.

As we can see, making copies of digital files is easily done, so that nothing has to be seized in the virtual world.  I can email an unlimited number of the same resume without degrading the original copy on my hard drive.  And I can do the same thing with almost any file on my computer.

So it is not necessary for the government to seize anything.  (Mega Uploads is a bit unusual.)

But what about searching?  Yes, that is what I am talking about.  Does the government need a warrant to search my google docs?  Should they?