If I were the President - Immigration Reform 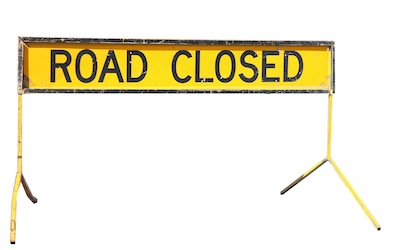 Another hot button on the road to the Whitehouse is Immigration. And so any serious discussion of a President or his qualifications is what is his stance on immigration and immigration reform.
There is a lot of baggage floating around on this one, so we have to start off by defining the argument.
Here are the topics: Immigration Laws, Illegal Immigrants, Amnesty, Border Security
Immigration Laws:
We are a nation that has laws to protect us. They are important. And we should no more allow a group of people to avoid immigration laws or break them than we should allow a group of people to avoid laws against homicide just because they are only hanging colored folk. (This sounds harsh, and it is. So it the attitude that we should ignore laws and let hard working americans lose their property because US government won't stop foreigners from violating our borders and overrunning farms along those borders.)
Laws are laws. The government is in the business of enforcing laws. This protects its citizens. If the US Government stops doing this fundamental job, then we are laying the foundations for revolution. Checkout the Declaration of Independence and see why the founders had a problem with the King and the actions of his government. Look for words like, "exposed to all the dangers of invasion from without" and others relating to security.
Illegal Immigrants:
Lets just call a spade a spade. If a person is in the US with the intention to stay, and they are not here legally they are both an immigrant, and illegal. Classifying this person as an "Illegal Immigrant" is not racist, or any thing other than accurate.
As I mentioned above, we are a nation with laws. We should enforce these laws, or change them. Current laws require the US to find and deport all people that are not here legally and who do have not legitimate process for becoming legal. And the President is the Chief Enforcer.
If you don't like this and you are a citizen with the right to vote. Please let congress know. It is their job to make these laws, and they work for you.
If you don't like this and are not a citizen with the right to vote. Too bad. You either need to keep working on your citizenship, wait until you grow up, or return to your native country and participate in its government to make your nation a better place. People from other countries that are here to work or visit are welcome to do just that. We don't need to import political opinions from anywhere, we have plenty.
Amnesty:
No thank you.
Okay let be more detailed. If a person is here illegally, but they want to make up for that, and stay, we may be able to do something. Assuming that they fit the following criterion.
1. Other than violating immigration laws they have no other criminal background.
2. They have the skills and ability to be a contributing member of society.
3. They are willing to learn english.
4. The are willing to serve in the US military for the same number of years they have been here illegally, or some other minimum time, whichever is greater.
5. We don't have any other reason or agreement internationally that makes us want to deny citizenship.
Most of the time, and for most people, the answer will be, "No" if they are here illegally.
Border Security:
It is the Job of the Federal Government to protect the United States from foreign influences. It is the Job of the Federal Government to stop people from crossing its borders without permission. It is the Job of the Federal Government to make sure enemies that mean us harm do not enter the US.
There is not greater responsibility of the Federal Government nor of the President of the United States.
If we can't do this, then we are truly lost.
Maybe this is still unclear. The United States has the most powerful military in the world. We can stop people from entering if we want to. And I want to. I will still want to if I am President.
Is this unclear?
I think the biggest problem about immigration policy and discussion is that we are unclear in what we think and believe. I am trying to be completely clear. This is how I feel, and this is what I think we should do. But if I am unclear, or there is something left that you feel that I need to address, please let me kno.
Posted by Roy Hayward at 9:45 AM