If I were the President - Qualifications 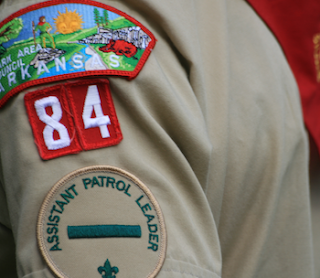 As we are entering an election cycle, I feel like expounding on what I am looking for. I am currently in the market for a candidate.
This means that I don't have one. I like some of the people running, but I have not hitched my support to any of them yet. And I don't have to. I don't live in Iowa any more. So I have months before I have to make even a preliminary selection.
But when I do, the first two criterion, and the most important are these:
1) I want a President that is smarter than I am. (If they aren't smarter than me, I should be President.)
2) I want a President that is a leader of people. (Presidents that aren't leaders are generally poor Presidents.)
Smarts:
To find out if a candidate is smarter than me, I generally don't look at their resume. I don't look at the degrees that they have, or their smile. I don't really listen to them on the debates. (I read what they said so as not to be distracted by how they said it.) I look at the ideas that they propose to solve some issue or the other. I have ideas, but are their ideas better than mine.
Better and smarter are kind or subjective. So here are some areas that I think about. Or questions that I ask myself.
a. Is this idea or plan something that passes a common sense test?
b. Is this plan achievable?
c. Would this positively impact the problem?
d. What are some of the problems with this idea or plan?
After going over several of the ideas or proposals from a candidate, I start to get a sense of their intelligence. And I decide if they are smarter than me or not.
Leadership:
This is not something that a candidate can demonstrate when they are running for President. (However they can demonstrate its lack at that time.) This is something that I do look at a candidates resume. I look at what they have done, not in politics, that shows leadership. There is a short list of things I look for.
a. Has the candidate served in the military? (This is a big one for me. I can support a President that has not, but it is a much longer and harder road to winning my support without this.)
b. Has the candidate had leadership experience in private sector employment? (Business owners are something we need more of in government.)
c. Has the candidate had positions of leadership or been advocates for causes? And if so which ones and when? (The which cause has more to do with intelligence but it is still a good question.)
d. Have he been leaders in other ways? (I will tell you now, that any leadership outside of a school board in politics is discarded and not qualified as a leadership role here. I am not interested in anything anyone did in congress or state or federal elected offices. They don't count. Get a real job and show real people that can fire you that you are a leader.) (And Lawyers and Law firms also don't count.) (Neither does academia. Again if you have tenure, partner or some other safety net to keep you from being fired for bad decisions, your leadership is a sham.)
After these two things, Intelligence and Leadership, comes one other thing. Principle.
Principle:
I am not listing a set of principles here. That would be exhausting. But looking for this does lead me to say two things about it.
Does the candidate have principles?
Too many times we have people that want to govern, and are willing to compromise everything to do so. I am not interested in these people. Even if I disagree with some of a candidates principles, I need to know that they have them. And that they won't change them just because some people like me don't agree.
What are those principles?
Assuming that the candidate does have principles, they need to be articulatable. If you can't tell me what a candidate stands for, then we have a problem. I said above, that I can support a candidate that has some principles that I don't share or agree with. Religion is one. I need them to have a religion, but it doesn't have to be mine. However if they don't believe in the rule of law, or won't say the pledge of allegiance then we have a problem.
And that is it. I don't have a long list. But I have a list.
Having a list like this allows me to think critically about candidates for the nations highest office. And that is something that we should all be doning.
Posted by Roy Hayward at 10:25 AM