If I were the President - Reducing the Size of Government 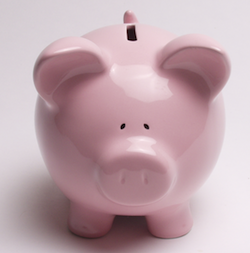 One of the things I would like to see is the reduction in the size of government. And I am not alone. Lots of people say this. Many people in washington say this. But what are they talking about? They are hardly ever, no I can safely say never, talking about their own part of government. But they just talk about that big government image of some huge groupe of 'fat cats' that are bilking the tax payer.
I have a very different perspective. My perspective is that almost every agency of the government that is not solely focused on national defense should be disbanded. And many agencies that are focused on national defense should be consolidated.
Its simple really, FDA, IRS, EPA, NEA, Dept of Ed, and all the other alphabet soup agencies that don't carry guns or gather intelligence should just close there doors. Or at least just be staffed by volunteers.
Next all of the department left. Homeland Security, DoD, and FBI, CIA, NSA, etc. Should have a massive merger. One where all of the excess managers are let go so that we have a lean mean agency that has all of the tools and responsibility to defend the US from enemies foreign and domestic.
Okay, that agency or department will still look pretty big, but it will be much smaller that the current proliferation of authority that we are currently seeing. And it will be cheaper.
Does this sound too good to be true? You may be asking if this is even possible. Does it pass the common sense and achievable test? Will it have a positive impact?
Lets look.
Common Sense and Achievability:
How to achieve this is the first part. My secret is not some consensus making magic spell to sway congress to do my will. This never works. Instead there is a very simple method. Don't sign or execute a budget that pays for these agencies. And stop paying their wages, expenses, rent, utilities and so forth.
As they stop having power to their computers, heat and water in their offices, and don't get paid, the employees that make up agency will stop coming to work and will be forced to find real jobs in the private sector. Over a very short period of months, the agency that used to spend billions of dollar will be gone. Now the government call sell its assets, properties and materials to recoup some of the costs.
There is a very good reason to do this instead of firing the people that work there. There are laws that protect federal employees from getting fired by elected officials. Stupid laws, but they are there to keep new presidents from bringing in a bunch of supporters and employees as a reward for their support. So we can't just fire them. Regan discovered that. But we can do things that make their lives uncomfortable so that they quit. (Regan sent people to Alaskan listening posts.)
Positive Impact:
Disbanding an agency would save the money spent on salaries, supplies, heat/power/water/etc and benefits. This money saved would not have to be spent anywhere else if no other agency is created to take its place. Thus we would positively impact the budget issue by removing the expense from the budget. We would also remove the agency's intrusion on the American People.
Problems with this Plan:
This is your chance to let me know what you think is wrong with this plan. All comments are welcome, but I really want to know if you have a reason you think this won't work.
Posted by Roy Hayward at 8:19 AM