Generally not as spicy as policies about abortion or gun control, Presidential candidate's stands on education make up part of the profile or platform of a candidate for President.   Generally this question, like many others, is posed in a way that asks what a Candidate would like to do to "fix" problems in education.  And generally candidates reply with actions they would like to take, laws they would like to sign, programs they would like to create and so forth.  Basically it boils down to a, "Lets use the POWER of government to FORCE education improvements." Or something like that.

This is completely the opposite view that I hold on how to address education.

Questions like, "Do you support requiring states to implement education reforms in order to be eligible for federal grants?"  or "Would you support school vouchers programs?"  or  "Do you support nation wide standardized tests?"  as so forth.  They are all based on the preconception that the federal government should use its coercive power to fix perceived problems of educational performance.

Here is what I would like to see.  If I were president I would get the federal government out of the classrooms, out of school districts and out of the way of the education systems of citys, counties, and states.

I see no constitutional justification for us having a Department of Education for more than conducting surveys and gathering statistics.  And then publishing its findings.

And I see no reason that the federal government should be spending or sending money to school districts.

Education is the prerogative of the parents of children, then the districts, cities, or counties that they reside in.  Where state governments have been empowered to administer state wide programs, they should do so as they see fit as long as they retain that mandate from their citizens.

No child of a citizen should be compelled to attend any school at any time except by their parents or guardians.  Schools should endeavor to find and implement the most efficient means possible to educate children and are held accountable solely by the parents or guardians of those children.

There are a multitude of ways to educate a person.  Success is determined by the result.  If a teaching method works, use it.

There is a question of what works and how will we know?  These are not real questions.  We know how to teach, we have been teaching our children for thousands of years, and there are obvious ways to do this obvious thing.  And we know how to find out if it is working, we simply ask the student to demonstrate their knowledge.

Parents should conduct these tests.  Asking the school to verify education is like asking the pie maker if his pies are good.

In a perfect world, schools would become private enterprises where parents would enrole their child to get them the best education they can.  Schools would compete the same way any competitive industry competes to get more students by providing what the customers, parents, want.

If I were president?

I would get the federal government out of the way of parents and education. 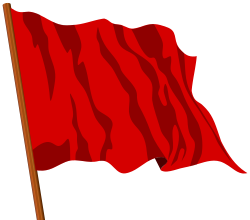