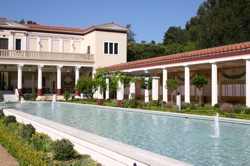 "Non est vivere sed valere vita est?" I responded to the man when he asked me why I would want to buy a worn toga and sash.

He shook his head, but took my money and gave me the very clothes of his back.  Then he wrapped himself in a blanket and went back into his home.  I presume to find something else to wear.  This allowed me to dress like the natives, and to "blend in" as they say.

Not that it would have mattered in the long run.

Anyway, it was a great day.  The sky was so blue.  Bluer than we see here with all of the jet trails and air pollution making the sky such a weak color.  I went to the market and found a street vendor that was selling dormice that was positively exquisite.

No I didn't have any real plans or a destination.  I just wanted to walk around and soak in the feel of the place.  And it was marvelous.  Life, commerce and the rich society pulsing around me.  I was truly enjoying myself.

But you know me.  I can never keep from getting involved in the local drama.

Well it so happened that as I was wandering around some of the back alleys, you know places that tourists are not normally found, that I came across a young girl.  And she was not having a very good time of it.  A much larger man was striking her and I just couldn't have that.

I shouted at the man to stop, but I don't think he understood me.  He heard me though, because he turned and looked at me, but in response he just spat at the ground.

He was about to go back to striking the girl, so I adopted a more universal form of communication.  I hit him over the head with a pottery jar.

Now I don't know if you have seen those shows where you hit a man with a bottle and they just crumple to the ground.  Well that is not really how things happen most of the time.   He did stop beating the girl, but he lashed out with the intent to turn his wrath upon me.

Really, I probably deserved it.  But luckily for me the alleyways are a bit narrow, so he couldn't get a good swing.  I dodged a couple of times, and then he struck me and I fell down.  This was not how I had planned the day.

In fact I wouldn't be able to even be telling you this story if it hadn't been for the girl.

Yep, I was saved by a girl.  And I am not ashamed to say it.  She hit him on the head from behind with a piece of fire wood.  Take a note of that.  Shattering a bottle or clay pot may be more dramatic, but a good old fashioned cudgel is much more effective if you are trying to take down your opponent.

Anyway, he fell on top of me, and I struggled to shift him off in the confines of the ally.  Afterwords the girl was practically hysterical.  She covered her mouth with one hand and pointed at the man she had just immobilized.  But the hand covering her mouth did nothing to stem or muffle the stream or words she was screaming.

Here is the way I figure it.  After I got involved, she figured that she would get a bigger beating, so she saved me.  But then she realized that I might just leave and she would have to deal with the man when he awoke.

I took her with me and climbed the hill side to get a better view of the city.  After a while she started mumbling to herself.  But we reached a place with a good view and I stopped to take some pictures.

It didn't take long, The volcano erupted, and soon the city was covered.  The market and particularly that marvelous street vender were gone.  That was a sad thing.  I didn't have remorse for the man in the alley, but the girl seemed to be greatly effected.  She was in tears when it was time to leave before our vantage point was covered.

No, I don't feel bad.  You know we don't interfere with history.  It causes all sorts of trouble and people can get cranky when they have to fix it.

No, I'm telling you.  It was none of my business anyway.  From our perspective they have been dead for a long time, I was just there to get some souvenir pictures, and some great food that you can't get anywhere else.

Oh, you mean the girl.  Well of course I took her with me.  I needed someone to help me with my ancient Latin studies.  Don't worry.

I plan to take her back before too long.
Posted by Roy Hayward at 1:24 PM No comments:

A Smile Through Tears

I look up and see rainbows
as I smile through my tears.
And I know that Christ our savior
has balm for all my fears.

I reach out and take handfuls
of my present worldly cares.
And I know that Christ our savior
takes my load to bear.

I think of those departed,
they forge new paths above.
And I know that Christ our Savior
heals us all with love.

written by Roy Hayward on November 11, 2012
In memory of my son Frank Edward Hayward V.  We love you and look forward to the day we are reunited. 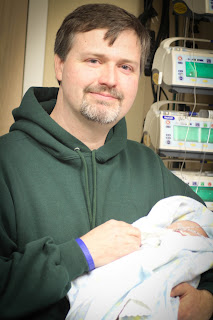 Posted by Roy Hayward at 8:56 AM No comments: 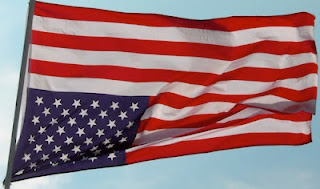 What am I missing?
Posted by Roy Hayward at 6:30 AM No comments:

I won't go into too much detail as to the root source of my distractions.

But this means that there are a few things that are difficult to do.  Like writing.  I have a couple of WIPs or works in progress.  There is another Periculum story in the works, temporarily called "Lot and Found".  I have my first novel, "Essen Century" that needs a major edit, and a few chapter rewrites.  I have a new novel, "The Legend of Trees" that is four chapters in and stuck because I don't have time.  And then there is my new NaNoWriMo project which is a really cool story called "Passion and Restraint" that takes the Christopher Brandon character from Jane Austin's "Sense and Sensibility" and tells his back story.  Lots of action there.

What does this have to do with distractions.  Well, when I set down to any of these projects, I am only able to write a few pages before my mind begins to wander and I end up wasting time.  Very frustrating.

Not that I am normally a writer with laser focus, but I am used to being able to set down and pound out 3 to 5 thousand words without losing focus.  Right now I am lucky to get past 1 thousand before I am toast.

So what do you do when you have lost your focus? I seem to watch a few youtube videos, listen to some music, watch documentaries on the solar system, and write a whiney blog post about how distracted I am.

Well, back to the grind stone.
Posted by Roy Hayward at 6:43 PM No comments: