Oblivion, by Joseph Brown is a story about a young man .. er .. elf that is thrown into some pretty hard spots and find the strength inside himself to overcome them, survive and even help others. It was fun to follow and read the events of Laz's life and see how they help to shape and prepare him even as he was shaping them back in return. And watch him rise above his own misfortunes and still be his own man .. er .. elf.

Okay, Laz is an elf, or dark elf to be exact. And in a world dominated by humans, this makes things more interesting for him. But in the end, it is not what's on the outside, but the strength inside us that makes or breaks us. And Laz has more strength than he knows when he start out this journey to change and save the world he lives in.

If you are looking for a fun fantasy novel to read, then this a book that I can recommend. It was a fun read, and takes you from woods, to towns, to city streets, pirate ships and prisons, and even to the imperial palace and then into, well, Oblivion of course. What did you expect?

Laz may be young. And he may not have had the best upbringing; thieves, beggars, and other unsavory role models, but inside him is a goodness and source of strength. And a power that he is just getting to know. 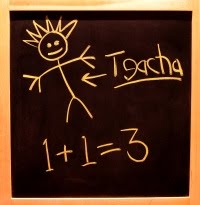 PS:  Yes, this is a license or permission to tell me my story sucks and that I must be crazing to call myself a writer and should seriously consider that career in drywall hanging.
Posted by Roy Hayward at 7:23 AM No comments: