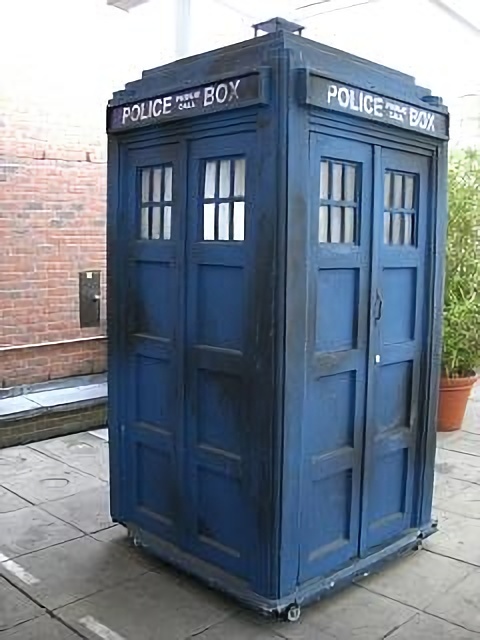 When you say “Time Machine” to people most of them with think of some vehicle like Doctor Who’s Tardis or the story adapted many times from H. G. Wells. But I have a time machine on my wrist. I have another on the wall. And yet another works passively on my computer and on my phone.

Most cars have time machines built into them and have for years. (No, this is not just DeLorean’s with Flux Capacitors.) I see time machines on church towers, and on the blinking marquee of the bank. In fact, clocks, I mean time machines have been around since before the time of Christ.

Time is something that we have a machine to live us acetate measures of and to tell us when we are supposed to do something. We wake up when a time machine by our bedside tells us to. And we go home from school or work when a different time machine tells us to.

In fact, if you are worried that someday we will be ruled by a computer or robot or other technology, well that time has already arrived. We are ruled by a variety of time machines. And it's time to take a stand.

A Time for Change

All over the world, there are people that wake up at 6 AM. But because of an artifact of history, these are not the same time. To begin with we had a bunch of people decide that when the sun was at its zenith, or highest point, that this should be noon or 12 O’clock. Because the earth is round, the highest point changes as you move to different positions on the globe longitudinally. (We’ll talk about latitude later. Maybe)

Today, we have created lots of technology to correct for this problem. We have time zones. And we have devices that automatically detect what time zone they are in and alter their display of time. We have tables to calculate what time it is or will be in other time zones. (Don’t get me started on Daylight savings times. I’ve never met anyone that actually likes it and can explain a benefit to using it.)

The technology is supposed to help us when we move from one time zone to the other by changing our clocks to the local time. But this is just a hinderance if we wanted to be notified of the time in our home location. And if we have devices that don’t automatically update as well as those that do, then we are getting conflicting information that forces us to constantly adjust one and reference the other.

Not to mention people that live on the edge of a time zone and get updates back and forth wreaking havoc on knowing what time it is, ever.

All of this causes us to build bigger and more complex technology to try and solve this problem. When the problem is easy to solve. It's such a simple solution that at first it might sound like a dumb idea. But these ideas of time zones have outlived their usefulness. So we should stop trying to fix them, and like the broken tool that they are, we should throw them away.

UTC or what used to be called Greenwich time is what technology uses to tell time. Then we do this archaic conversion by plussing or misusing hours depending our time zone. But if we just stop using the time zones, then everyone is on the same time.

We also throw out the AM and PM and just use a 24-hour clock. Here in the Rocky Mountains, I’ll wake up at 12:00.  Back in Tennessee, I’d wake up at 11:00. In California, I’d rise at 13:00 and so on. I’d adjust the time I did something to the location instead of pretending that waking up at 6 in NY is somehow the same as waking up at 6 in London. it's not. So let's all stop pretending.

So some of you have counted on your fingers and have realized that if I go to work at 14:00 as work for 8 hours, plus lunch, it will be 23:00, so at about dinner time, it will be 00:00 and the next day. This might confuse you, and make you think this won’t work. But really this won’t matter at all.

First of all, just because a new calendar day starts doesn’t mean you have to do something new. Over the years as a student and as a professional, I’ve worked thru the day change quite a few times. It really doesn’t change anything. And if you have ever stayed up for the new year, then you know that other than a bunch of fireworks and kissing, the world keeps on spinning all thru the change.

In fact, it will be a totally new and fun celebration to ring in the new year right after dinner. No need to send kids to bed after a fake celebration. And no need to be tired the next day. You can still stay out late and act like an idiot, but then you can do that almost any night.

Time is a Matter of Habit
For the most part, how we measure, and interact with time is a matter of habit. And for our ancestors this method of marking the passage of time was sufficient. But in our increasingly connected world. A world with faster travel and communication, we need to update our habits of time.

We need to build a better time machine and remove the old, archaic, useless and time-consuming methods of the past, and move into a faster, simpler, easier time. A time where the time machine works for us, and not against us. No longer being held hostage to an algorithm of the machine to tell you what time it is. But having the freedom where everyone on Earth can have the same time, at the same time.
Posted by Roy Hayward at 12:58 PM