Base-Line Budgetting: they way it aught to be. 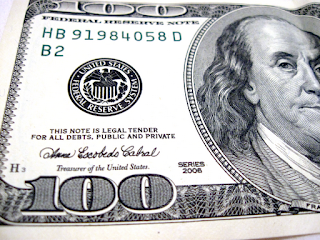 If you live in America, you should be familiar with the term Baseline Budgeting. Basically, this is a method of accounting that no one but the government does. No one does it because it is stupid, and it wouldn't work for anyone else.

But it could work. It should work. And if I were President, there would be a way to make it work correctly.

Current Baseline Budgeting works like this. You take your budget for the year, and you just increase all of the numbers by 8%. So if you spent  $150.00 on shoes this year, you will spend $162.00 next year. And you don't have to justify the increase. It's automatic.

And you don't even tell people that it is an increase. You tell everyone that $162.00 next year is holding to the same budget. After a few years, like 10 years of 8% compounding increases your shoes are $323.00. And this is just holding the budget you tell people. The government isn't raising what it spends on shoes.

But the actual numbers are a lie. We are spending more and calling a 7% increase in actual dollar spending a cut to the baseline budget.

Spending 8% more is no increase and spending 7% more is a cut. Imagine if we actually spend less than the year before. What is that? Probably a government shutdown.

How this should work:

Let's say that if I spend $150.00 on that fence. Next year I spend 8% less on rabbit prevention. Maintain the fence and maybe improve it. Just a bit, or maybe even a whole lot as I learned what I did wrong with the first fence. After 10 years. by rabbit prevention will be costing me $65.16 with yearly compounding 8% decrease.

Any excuse to increase funds from this baseline increase should be met with skepticism or a really really good reason. Like a natural disaster or something. Any program or department that is not decreasing its cost by 8% every year should be audited. People should be fired. Politicians should apologize for wasting the taxpayer's money.

After all, if the government is not solving the problems that it spends money on so that they go away, then it is not doing its job.

There. I solve the budget.
Posted by Roy Hayward at 3:46 PM