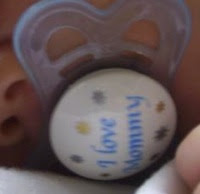 I was born at a young age into a large family.  As I grew up I had a passion for reading science fiction, science, math, and chess.  Nothing pleased my father more than the day each of his sons started to beat him at chess.  And as a Mechanical Engineer he passed on a facility with math, how things work, and the idea that a man should be able to fix and repair just about anything on his own car, and in his own house.  This attitude has served me well but sometimes gets me in over my head.

My mother was a voracious reader, and a skilled storyteller.  I remember many car trips where my mother kept us entertained by telling stories.  Much of the time she made these storied up as she went along.  She had a strong influence in my life about reading, and writing and how to communicate with others.

Just before I became a teenager, my family moved to a small farm.  I learned to raise chickens, ride horses, milk goats and do many other basic skills that are lost on people raised in cities and away from where our food comes from.  And in this environment, I learned how to work harder than I had thought was possible.  My mother thought we would move out there and live like a family in some Disney movie.  It didn't quite work out that way.  But it did provide me with a large set of unique experiences and changed my outlook on life forever.

All through high school, I was focused on science.  I took all of the chemistry and physics courses that I could.  And it became my ambition to peruse a career in chemistry in college.

Before going to college, I served 2 years of missionary service for the Church of Jesus Christ of Latter-day Saints.  I was sent to Korea, learned to speak Korean.  Learned to love Korean food, sitting and sleeping on the floor, and using chopsticks. This was another life and perspective changing time in my life.

The biggest thing this did for me was to take my untried faith in Jesus Christ and temper it with what only the experiences of selfless service can do.  I have always had a testimony of Christ and his atonement, but the two years I spent preaching his gospel grew that faith and witness and at the same time shook it free of thoughts and beliefs that were not bad things, but were not part of a testimony of the Savior.

The next biggest thing this did for me was to change my understanding of patriotism.  I didn't realize this until I returned to the states and realized that most of my fellow citizens took everything for granted.  The freedom to move about, the freedom of speech, the freedom to be who you want to be and pursue your own dreams.  And because of this, my country was making choices that were odd, inconsistent, and it scared me a little.

After one semester of college, I changed my major from Chemistry to Political Science.  This was a major change.  And I started to pursue a career that was very different from the one that I had envisioned for myself growing up.  Before four years were up, I realized that this was not what I wanted to do.  Well, really, I realized that these were not the people I wanted to work with.  So after leaving school, I got a job as a headhunter/ recruiter.  I only mention this because it lead me to my career in computers.

I only worked for one year as a recruiter and discovered that I was more interested in the computer system that they used than the job I was doing with them.  So after that year, I used my recruiting skills to find myself a job doing computer technical support.  This started a long and very profitable career.

All during this time, from before high school and to this day, I have written little stories and poems.  I have jotted down story ideas and toyed with plotlines and characters.  Just like computers, it was a hobby before it became a career.  Writing has been a lifelong hobby.